These Layer-1 transactions are passed through the initial round of validation i.e., the Layer-1 consensus mechanism. Once this initial round of validation has been completed and signed by the required number of validating nodes, the transactions are collated into either Layer-1 blocks (containing Layer-1 transactions) or Layer-1 snapshots. Layer-1 snapshots are customizable to the state channel and can contain any custom data that is intended to be passed to Layer-0 for the second round of consensus and to be captured on the ledger.

This is as shown on the diagram below. 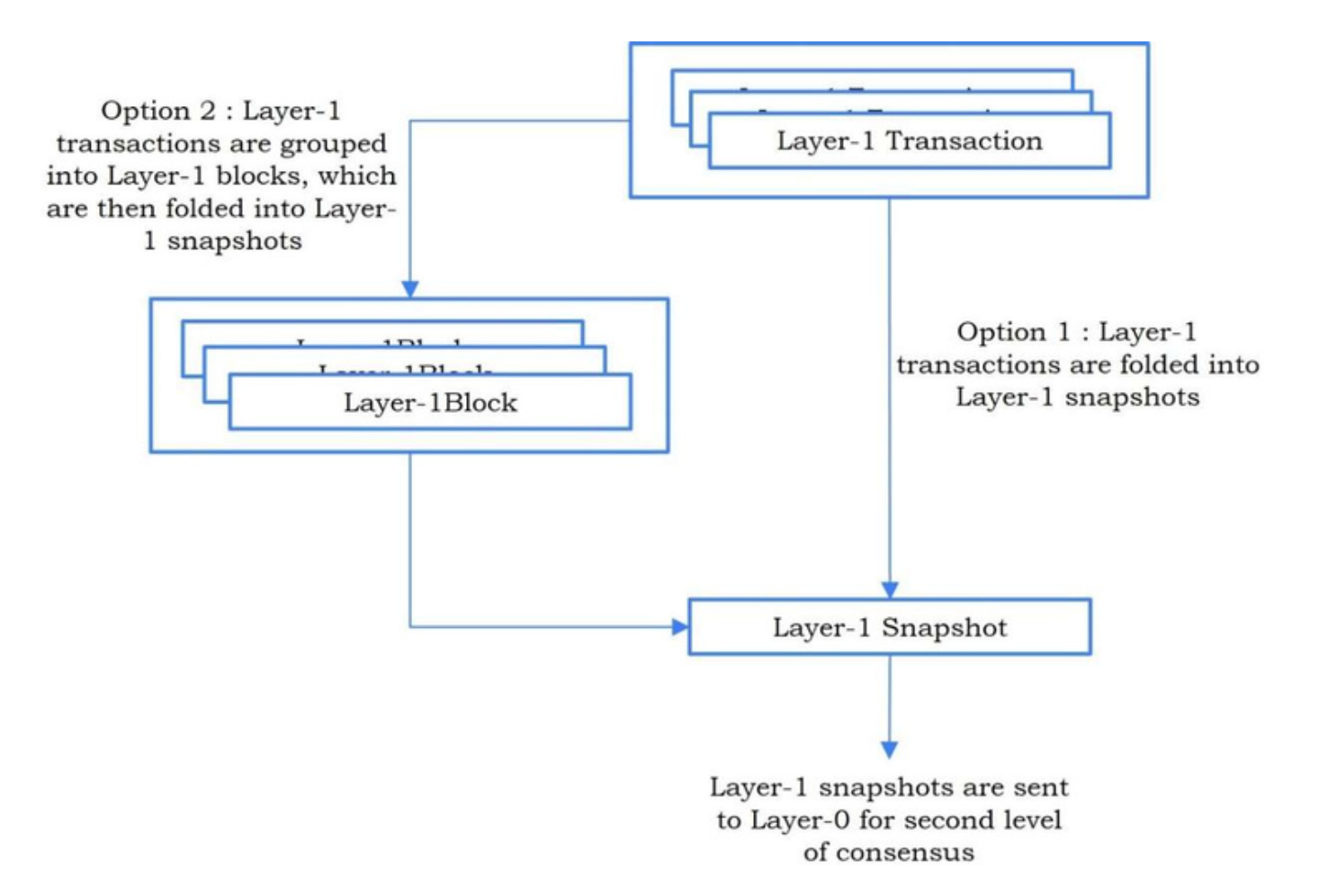