This is the second stage of the consensus mechanism, and it follows the Layer 1 consensus step described in the section above. Once the state channel nodes have validated the Layer 1 transactions, they are folded into Layer 1 snapshots. These blocks are the input to Layer-0 consensus.

Here, the validation mechanism is potentially different from the L1 consensus and is concerned with shared executable dependencies that are offered by the L0. If the validation fails, the Layer-1 snapshot is discarded. Layer-1 should subscribe to events from Layer-0 to identify if a Layer-1 snapshot has failed the consensus. This will allow Layer-1 to take any corrective actions.

This is as depicted in the diagram below. 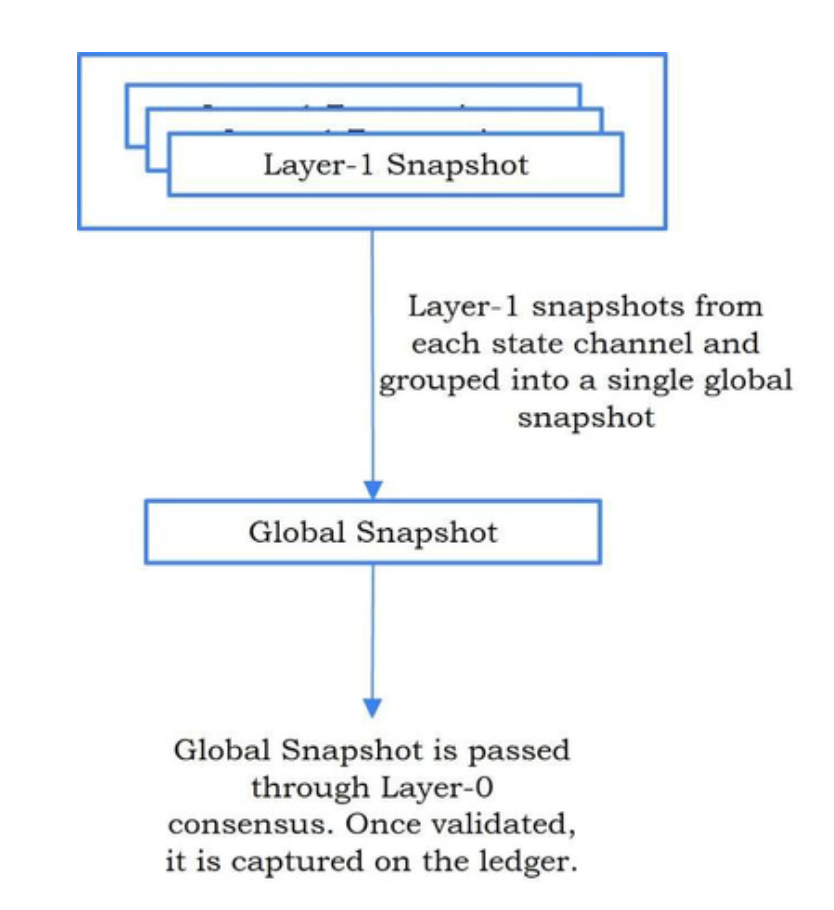